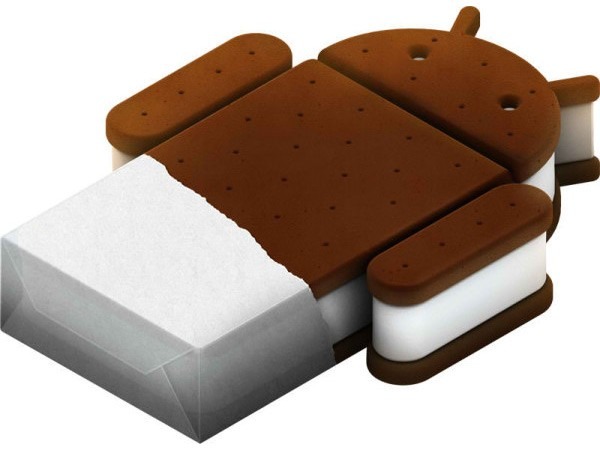 Tech geeks nowadays hunt for the list of new gadgets in 2012, as speculations reveal that the 2012 gadgets are some awesome deals that one can never miss this year. Just now, the year has begun, and so far, the happenings in the world of technology suggest us that the year 2012 will see people getting to the next level in terms of technology. Whether it is mobile phones, or the laptops, or the new sensational tablets, or the cameras, or other gadgets like operating systems and gaming devices, the year 2012 seems to have many in store for the technology lovers and users. Based on the speculations and the wish lists of geeks and tech critics, here are the 15 gadgets that come under the most anticipated list of new gadgets in 2012!

Android is the most used mobile operating system on the earth and its popularity is sky high, even though it faces a tough competition from Apple. Usually, Android gets better every year with the yummy names. This year too, the mobile operating system reaches the version 4 named Ice Cream Sandwich, and eventually, the products using Ice Cream Sandwich fall into this list of 2012 gadgets. This means more good news for the Android fans and more bad news for the Apple and Windows phone fans.

2) Next Edition of Kindle Fire

The year of 2011 was something great for the Amazon, as the company’s tablet, Kindle, sold like hot cakes. Kindle, Amazon’s product aimed against the Apple’s iPad, had a few technical and user – friendly limitations even though the sales were quite successful. The makers of Kindle have promised a new edition in the Kindle series, and because of the previous edition’s success and many people expect it, next edition of Kindle easily gets into the list of new gadgets in 2012. However, one has to wait and see whether Kindle 2 manages to find solutions for the limitations and problems that the first edition faced. If Android fans have a reason to celebrate this year, surely Apple fans too have their own reasons. The little version of the iPad, which is the world’s most famous tablet series, called the iPad mini may hit the Apple stores this year. People always say that the Apple products have big numbers in the price tags. To put people’s mouths silent, Apple is getting ready to release the small version of iPad to make it affordable to everyone. Speculations also reveal that an interesting price of $300 will attract more buyers. If iPad Mini is possible in 2012, then it is surely the go-get-it type in the list of 2012 gadgets. Apple gives reasons for the conventional laptop lovers too to celebrate this year. MacBook Air, one of revolutionary devices from the Apple, has a thin design and powerful performance, and it is the differentiating factor of the laptop. A speculation says that, soon the Tim Cook led tech company may come up with a next generation MacBook Air, which may have an awesome design at the size of just 15 inches, thinner, lighter and more powerful than the previous editions. People who are looking out to buy new gadgets in 2012 should be ready to grab this ultra-design laptop. Nook tablet from the Barnes & Noble Company clearly had a tough battle fighting against the likes of Apple’s iPad and Amazon’s Kindle. This year, the tech lovers can expect the next edition of Nook with improved technical specifications along with other 2012 gadgets. The previous edition lacked the Bluetooth feature, and Nook 2 may sell more, if it includes the Bluetooth this time. Gamers can also expect some awesome 2012 gadgets specially made for them. Nintendo, one of the top companies in the gaming arena, has plans to release the new Nintendo Wii U, which has some stunning features like 1080p graphic support and great compatibility. Critics also predict that the Wii U can try something different and can come up with a revolutionary set of controls. In addition to Nintendo Wii U, the list of new gadgets in 2012 has more gadgets to keep the gaming buffs happy. Vita, a handheld gaming device from Sony Play Station, has everything including an affordable price that can help its makers to get to the top again this year in the gaming world. The year of 2011 witnessed the introduction of various tablet PCs. Apple, ahead of all other companies, released the iPad way back in 2010, which set the benchmark for its competitors, which followed it. When the followers release their next versions of tablets in 2012, why not the leader? Speculation has it that soon Tim Cook may hold the next edition of iPad, the iPad 3, and may smile to the snaps after an introduction ceremony soon. If iPad 3 gets out, in addition to iPad Mini, then it is sure that it will be one of the hottest 2012 gadgets. NetBooks became successful last year. However, many people said that the laptops had a price that was not affordable for many regular tech buyers. This year, the UltraBooks may be available at a gettable price, and hence, features in the wish list of new gadgets in 2012. Photography attracts huge number of people every year, and hence, cameras attract the photographers every year. Nikon D700 attracted a huge number of buyers in the last two years. Nikon D800, a successor to the yesteryear release, Nikon D700, can have its release this year. The 32 Megapixel cameras, if released, will clearly feature in a photographer’s list of to-buy 2012 gadgets. Competition is tough in the sales of cameras too. If Nikon comes up with a new gadget, then surely its tough competitor Canon too will be ready. Canon’s 5D Mark II was very popular last year, after its makers released it in 2010. Camera lovers expected the next edition Mark III in 2011. However, the gadget did not arrive and may do this year. It is not necessary to mention that it earns a place in the expected list of new gadgets in 2012. Television is one area, which has caught up in the eyes of big payers of technology, Apple and Google. People, however the day is to them, good or bad, never fail to switch on their Television sets. Google realized this fact clearly, and hence, it came up with the concept of Google TV way back in the year of 2010. Now, it is the time for Apple to have plans to come up with its own products to captivate the TV market. Apple iTV may be result, and if it becomes a reality, it may top the charts of 2012 gadgets. In addition to the iPads, MacBooks and iTV, Apple seems to have more plans to execute it this New Year. Here is the ‘Wow’ news for the mobile phone buffs. Apple may release the iPhone 5, the fifth edition of iPhone, which changed the terms of a mobile phone after its inception. People expected iPhone 5 in 2011. However, Apple came up with iPhone 4S, an improved 4th edition of iPhone. This year, it is almost sure that iPhone 5 may have its release. What is up then? Those who wish to buy new gadgets in 2012 once again have to stand in queues in front of the Apple stores to buy the iPhone 5 this year. If computers rule the world, then it is easy to say that Windows rule the world of computers. The phenomenal success of Windows made Bill Gates the richest man on this earth. Everyone is aware of this fact, and of course, it is as easy to say that everyone has used Windows and is still using. Last year, Bill Gates’ Microsoft released the developer preview of Windows 8, which is the new operating system from the technology giant. The hottest thing with this one of the hottest 2012 gadgets is the new user interface – Metro UI. Metro user interface concentrates in integrating all the features right on the desktop. It is clear that both the big shots and tiny players of the technology world are gearing up to change the face of the technology once again this year. All those who wish to get some new gadgets in 2012 can do one thing – saving some bucks and buying their favorite 2012 gadgets!