Samsung is continuously delighting its customers with astonishing Galaxy innovations.

Samsung’s 2019 models namely Galaxy S10 and Galaxy Note 10 have attracted almost all smartphone users. Samsung is all set to launch its next S-series phone, namely Samsung Galaxy S11, in 2020.

For the latest Galaxy S11 leaks, updates and rumors, keep watching this space.

There have been quite a few updates since we last edited this post. Let’s check them out one by one.

The latest leaked render of S11 Plus phone shows a triple camera setup which looks like it includes a periscope lens in it. Yet again, it’s from the same Twitter source and the tweet claims the presence of ultra wide-angle lens, main camera and periscope zoom lens.

This is the real Galaxy S11+ camera. On the left is the ultra-wide-angle, main camera, and periscope zoom lens. I don't know the exact distribution on the right. It is expected to include flash and ToF. pic.twitter.com/98exPMSqgf

Reliable leaker Ice Universe has once again shared a rumor on his Twitter page, which is about the release date of the S11 series phones. The date is supposedly set on February 18, 2020 in San Francisco, USA. On the same day, Samsung will also be releasing a Clamshell foldable phone, which could be the Galaxy Fold 2.

Low-resolution images of the alleged Galaxy S11 phone have leaked. Interestingly, the camera module matches the prototype design renders of the phone released recently, which leads us to assume whether this could be the real Galaxy S11 image. 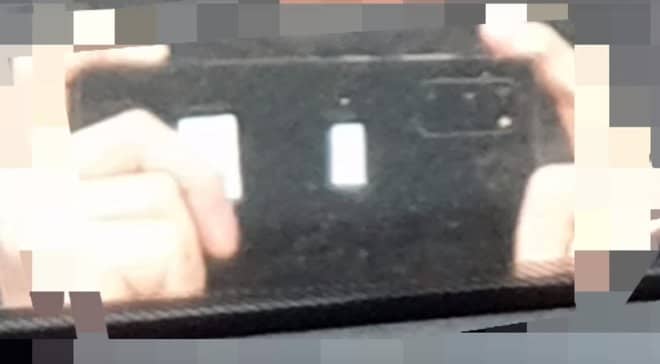 Reliable Samsung insider Ice Universe tweeted that Samsung Galaxy S11 Plus will use the 1/1.3-inch 108MP custom sensor that is exclusively developed by Samsung. This sensor is supposedly much better in terms of quality to ISOCELL Bright HMX. However, this sensor is quite costly and this may be fit only in the higher S11 variant, namely Galaxy S11+.

The Galaxy S11+ uses a 1 / 1.3-inch 108MP Samsung exclusive custom sensor, which is superior in quality to ISOCELL Bright HMX and has a high cost.

During the last week of November, we saw a few developments and leaks on all three phones in the Galaxy S11 series. We saw leaked Galaxy S11 case renders and also the cases of Galaxy S11e and S11+. Onleaks revealed 360-degree renders of both Galaxy S11e and Galaxy S11, just a few days after he released Galaxy S11 Plus renders. This has given us clear idea about the smartphone’s looks and design. Let’s check out the other details revealed!

The batteries of Samsung Galaxy S11 and Galaxy S11 Plus phones were leaked via South Korea’s SafetyKorea website. The leak revealed the capacity of the batteries that will be fitted on the phones.

Another report from a reliable Samsung source indicated that the Galaxy S11 phone will be able to capture 8K video and this feature will be part of all three Galaxy S11 devices. The processor to be used in the phone is Samsung’s in-house Exynos 990 SoC which supports recording 8K videos at 30fps speed. However, Samsung will release its devices with Exynos chipset only in a few regions like China. For the United States and other countries, the processor will be Qualcomm’s latest Snapdragon 865 SoC.

Samsung will include the 108MP sensor which was present in Xiaomi’s CC9 Pro. With this sensor, Samsung will likely compete with the camera quality of the latest iPhones. This is a major change in the new Galaxy lineup to be released in 2020. The rear camera setup will also include an ultrawide sensor and Time-of-Flight sensor.

Here’s the leaked screen protector of Samsung Galaxy S11 phone. There is a tiny punch-hole at the center of the screen and very tiny bezels surrounding the display on all sides.

Two important updates on Galaxy S11 smartphones have come up.

The first is the Geekbench listing of the Galaxy S11 5G variant with model number SM-G986B, which seems to be one of the many model variants of Galaxy S11. The Geekbench listing has showed that the phone will ship with Android 10 OS, have 12GB RAM capacity and that the processor will be Exynos 9830 SoC, which is nothing but the Exynos 990 SoC which runs with a clock speed of 1.95Ghz.

The phone will be released in the US with Snapdragon 865 SoC, which is the latest processor from Qualcomm. The phone has scored very low points in Geekbench test though! Single core score of 427 and multi core socre of 2326 isn’t impressive at all!

Fresh render images of the Galaxy S11 phone have been leaked by the tipster Onleaks. He has released 360-degree video of the phone along with some CAD renders showing both the front and the rear side. The images clearly show the design of the phone and also the camera placement.

I think you ain't ready for that massive camera design…?

But well… Finally comes your very first look at which I assume will be launched as the #GalaxyS11Plus!
360° video + beautiful 5K renders + dimensions, on behalf of my Friends @Cashkarocom -> https://t.co/9PHLXwGlwg pic.twitter.com/hfHDXXdQuR

Here are the rendered images of Galaxy S11 Plus phone, as well as the 360-degree video.

The Galaxy S11 5G variant with model number SM-G9860 was found in China’s CCC certification website. It revealed that the phone will support 25W fast charging. This is considered to be a bit of disappointment because Galaxy Note 10 already offers 45W charging speed. However, 25W charger in Galaxy S11 is considerably better than Galaxy S10 which came with just 15W charger.

This is one of the most important feature of the upcoming S11 phone that has been leaked in a tweet by the popular tipster Ice Universe. The newly released OneUI beta for Galaxy Note 9 phone offers choices to users to switch between 60Hz and 120Hz. Users can also enable the option to automatically switch between the two refresh rates.

Galaxy S11 is expected to have a small bezel around its edges but future models in the ‘S’ series may not have any edges. Touch controls might be placed on the side panels.

According to leaks from China, Galaxy S11 is pretty much all set to feature the latest and upcoming Qualcomm processor Snapdragon 865 SoC.

Samsung Galaxy S11 camera is likely to have 108MP sensor as its primary sensor and it will come with 8K vido recording capabilities and several new photo and video modes.

After the successful release of Samsung Galaxy S10 early this year in the month of March, Samsung tasted success again with its Galaxy Note 10 phones in August 2019. Galaxy S11 is being planned for launch in February/March 2020. Samsung’s forthcoming Galaxy series will be the perfect treat even for the most sophisticated smartphone users.

What are the different Galaxy S11 model variants?

First, let us reiterate the fact that the upcoming Galaxy S11 series of phones will have a minimum of 5 variants, including both 4G and 5G models.

The monikers that are expected are –

Samsung Galaxy S11 rumors have been doing the rounds ever since Galaxy Note 10 was released. In fact, some information is already believed to be true because they have come from reliable sources and we even know the real model numbers of the phones along with the codenames. Let us now take a look at Samsung Galaxy S11 specs and key features.

Someone asked about the Galaxy S11, there are four things that can be confirmed:
1. Codename "Picasso"
2. The camera has a substantial upgrade
3.Based on Android Q One UI 2.x
4.Hole in display is smaller than Note10
Other than that, it is unknown.

According to the well-known leakster Ice Universe, Samsung Galaxy S11 is codenamed as “Picasso” and it will come with great camera improvements. We’d expect the Galaxy S11 to run on One UI 2.1 based Android Q.

The various model numbers of the S11 series of phones are –

The following are the screen sizes of the S11 series phones and were confirmed by the reputed leaker Evan Blass. 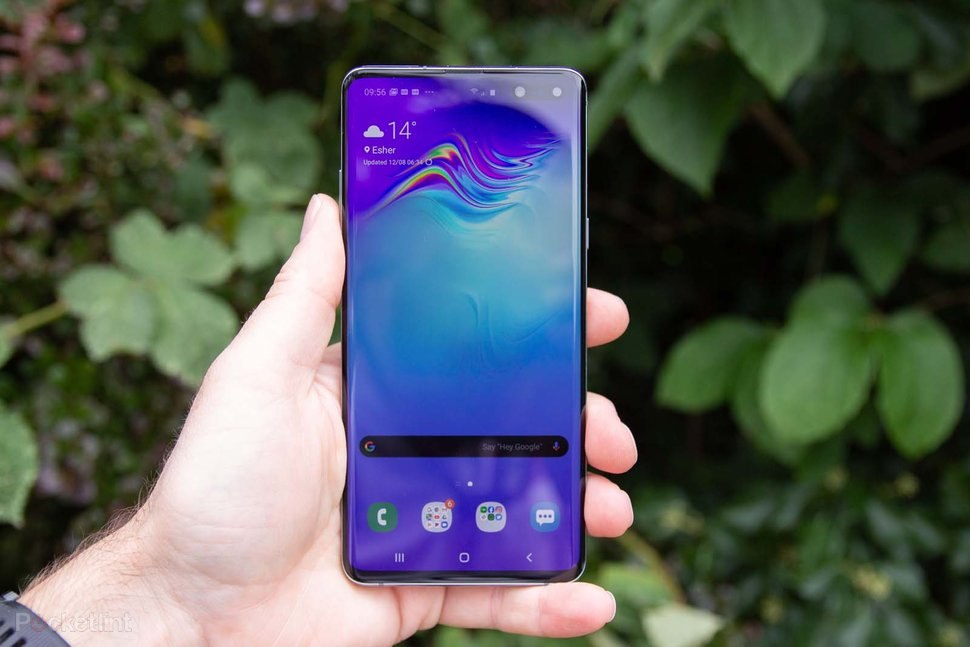 A Korean certification listing was found recently for the battery of the Galaxy S11e phone. The battery model number read SM-BG980ABY and it has a capacity of 3730 mAh. With the advanced processor in place, we can expect that this battery would be more than enough for the S11e model. The other variants including S11 and S11 plus phones can be expected to have batteries up to 4500 mAh.

What features will Samsung Galaxy S11 have?

Samsung Galaxy S11 phones will have the powerful Snapdragon 865 processor and we would expect them to run on Samsung’s own Exynos 9830 chips as well.

Users will have an exceptional experience of the Galaxy S11as some models will be 5G enabled as well. The two variants of Snapdragon 865 modem are Kona + Huracan and they will support LPDDR5X memory and UFS 3.0.

Undoubtedly, we would expect the Samsung Galaxy S11 to have better features than both Galaxy S10 and Note 10 as well. However, Samsung’s recent Note 10 models don’t have the headphone jack present in it so we are not sure if it will be present in Galaxy S11.

Samsung is apparently planning to offer ‘e’ variant once again. Budget constrained users who would want to save a few dollars will be opting for the ‘e’ variant of the S11 series, which will be the base 4G variant.

Samsung Galaxy S11 will bring an under-display camera and 8GB, 10GB and 12GB RAM variants in the phones. Possibly, Samsung Galaxy S11 series will come with the 108-megapixel primary camera sensor on the rear, which could mean much higher resolution than the latest Galaxy models.

Rumors about the real moniker

Rumors have been around suggesting that Samsung would ignore the numeric naming system and will name its next model as Samsung Galaxy S (2020). There have been reports of Samsung allegedly planning to merge both ‘S’ and ‘Note’ series phones and offer a new phone in 2020. There are no official confirmations of any of these Galaxy S11 leaks or rumors from the company yet. We’ll have to wait to see what Samsung would call its next flagship until it arrives.

What is the Samsung Galaxy S11 Release Date?

As is the norm with Samsung, we can expect Samsung to launch its next model in an “Unpacked Press Conference” ahead of MWC, around 24-27 February 2020.

The Galaxy S11 will be available for pre-order ahead of its official launch and it’s expected to come in multiple color variants including Silver, Dark Blue, Grey, Pink and Midnight Black.

Samsung Galaxy S11 will be available in both online and offline stores after its initial release. Those who are eagerly waiting for the release of the powerful Samsung’s next line of premium smartphones could pre-book in advance.

Though the S11 phones will offer numerous perks, the higher end S11 and S11 Plus would be quite costly, to be honest. One can expect similar spec offerings from the likes of Xiaomi, Oppo and OnePlus a few months down the line, for almost half the price of these Galaxy S11 phones.